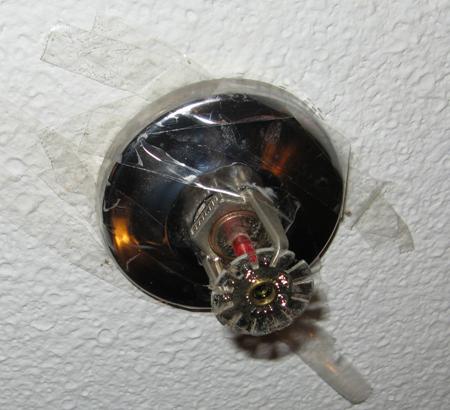 On a recent hotel stay we discovered the water sprinkler was supported from the ceiling with scotch tape. I suppose this reveals the type of hotels in which we sleep, but it also brought up two questions. First, I wondered who came up with the idea to tape the sprinkler back in place and how could they imagine it was a good idea? Second, I wondered if the sprinkler would work in the event of a fire? Or would it simply fall from the ceiling after the tape melted?

When I read the front page of a newspaper I am stunned by the dark violence of this world: schools failing, government debt, environmental crisis, starvation, disease, bombs, and wars. The newspaper is littered with suffering and rarely a glimpse of hope. Yet, as I move about town I see steeples and crosses on many buildings. The hope of a world aflame with death is a flood of Christ, but Christians seem to be stuck in their buildings.

The focus of this year’s D-now will be putting our Christianity into action. Living our lives as Jesus not just at church, but everywhere. Finding answers in scripture and then putting them to action, to bring life to the front page.

For information on D-now: d-now-08-info.pdf (this info is coming in the mail)