Revelation 3:20 “Behold I stand at the door and knock. If anyone hears my voice and opens the door, I will come in and eat with him, and he with me.”

Over the break our house filled up with my family. For New Year’s my little sister and her husband drove my parents and little brother across the country for a visit. It was tight in our little house, with air mattresses all over the place, but it was great to see everyone. Of course most of the time was spent playing with Ivy. Then when we she was in bed we got out the board games… 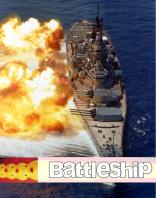 One game I had not played in long time was Battleship (hence where I got the idea for our large scale game at Plunge). Of course I am poor naval commander and my ships were quickly sunk. Yet, I think this game is great example of how we approach our spiritual walks. As we guess where a ship rests (“A – 7”), we also guess to find the will of God. Of course we often look at others and follow them. But we rarely spend time listening to the only One who knows the whole board!

Soren Kierkegaard writes, “A man prayed, and at first he thought prayer was talking. But he became more and more quite until in the end he realized that prayer is listening.”

We often approach prayer as though it is a to-do list. We list sins, we list our requests, we list other’s needs… Yet we rarely pause in our talking and part of us wonders why prayer has been deemed so powerful. So with doubts our spoken prayers do not even last more than a few moments. But talking is only a part of prayer’s action. And really, as the imperfect being, our words are far less important than the words of God. In reality prayer’s main action is listening. Open conversation, just as one would have at the dinner table, is prayer.

Of course listening has never been easy and is even less so in modern culture. But the will of God in our lives will elude unless we open our hearts to the words of God. This begins with prayerful reading of the scripture and in time it will grow even deeper… Giving you a new perspective on life! [The conversatoin will continue next week]

A light in our gym… cool!

(Though the Knight’s informed me “cool” is no longer a “cool” word, I suppose it is like the demise of “rad”, which I finally stopped using and then it came back again…)