As we read through Luke each week there will be two devotions focusing on particular passages. Click here to read past devotions.

This begins with a Lawyer’s question, “What must I do to inherit eternal life?” That builds quickly to another question, “Who is my neighbor?” Of course the lawyer wants to limit who he must help, who he must love. But notice Jesus’s response, moving through the story to the end, where does the Lawyer fit? He is not the Priest, nor the Levite. I imagine the Lawyer anticipated being the third, but obviously, he was not the Samaritan. Where did the Lawyer fit in the story?

The only other option – the beat and broken man – explains Jesus’ phrasing of the final question, “Which of these three do you think was a neighbor to the man who fell into the hands of robbers?”

The lawyer’s neighbor is not someone he must help, but someone from whom he must accept help.

What must I do to accept eternal life? You must accept the help of the most unlikely Savior. Homeless, outcast, uneducated, accused and executed, with a message of following. On this one you must become dependent.

** I do not want to disregard the more common take from this story. After all, the word “good” does not occur in the story, and yet history has realized the Samaritan deserves the title. How can we act in such a manner? It begins with noticing those who need help, but it goes further. The Samaritans were ostracized, ridiculed by the Jews (see Tidbits below). Unclean for worship. The Jews deemed Samaritan daughters “menstruants from the cradle” and “He that eats the bread of the Samaritans is like one who eats the flesh of swine” (Garland 444). Now imagine helping a person who said these things about you. This love for your enemy, this sacrifice, is a model of taking up our cross. 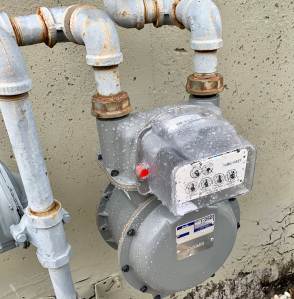 Connecting to Today: There was a faint smell of gas when I walked out the front door. It was not the first time I noticed it (Yes! I should have investigated the first time!). So I walked over to our gas line and again there was the faint smell. I called the natural gas company and within an hour someone was at our house. He quickly found the leak, newly installed meter gauges had not sealed properly. In a few minutes everything was changed out.

Natural gas does not actually smell. At least it does not have a smell our nose can detect. So mercaptan is added. A harmless chemical, but it contains sulfur and is easy for our nose to detect. Without it, we wouldn’t even notice the danger.

In the same way without applying the story of the scriptures – even as Christians – we don’t notice our life diverging from Christ. The Good Samaritan is not abstract, but a calling in our life. To be saved from our brokenness. And then to begin living out the life of love. Just as Jesus.

The bitter ethnic conflict between Jews and Samaritans arose in part from differing views of the Samaritan’s origin story. According to the Jews, when the Assyrians conquered the Northern Kingdom** the native population was sent into exile (722bc).  The Assyrians repopulated the area with foreigners who knew nothing of Judaism. In 2 Kings 17 lions plagued the new comers and the king of Assyria sent a Jewish priest to “teach the people what the god of the land requires” (hence Jewish sources refer to the Samaritans as Cutheans or lion converts). Again, according to the Jews, the resulting faith was a mixture of pagan and Jewish rituals and beliefs.

The Samaritans instead argued that not all local inhabitants were deported by the Assyrians. They claimed to be descendants of the native Israelites. Their faith was centered at Mount Gerizim, rejecting worship at Jerusalem. They accepted only the Pentateuch (or the Law, first five books of the OT), rejecting the Prophets and History books.

** The Northern Kingdom was 10 of the 12 tribes of Israel. The nation of Israel split following the reign of Solomon into two nations. Ten tribes of the northern Kingdom took the name Samaria (or sometimes Israel). The southern kingdom was made up of two tribes, named after the larger Judah (Benjamin was the other tribe). The Jews believed the 10 tribes to be lost. Of course the Samaritans dispute this history and in part this explains their rejection of the Prophets and History books.