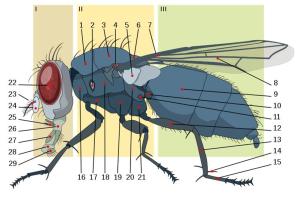 During a CNBC interview a fly keep buzzing around President Obama’s head. After the perfunctory shoos of the hand, the President stopped the interview to go nuclear. With his bare hand he swatted the fly dead. “Now, where were we?” (Check out the mock youtube ninja video below.)

While most rejoiced, PETA (People for the Ethical Treatment of Animals) responded by calling it an execution. “We support compassion even for the most curious, smallest and least sympathetic animals.” And then mailed the president the Katcha, a humane bug catcher… (click here for the news story)

“Are you the kind of person who wouldn’t hurt a fly? Is your motto “live and let live,” even when it comes to tiny, six-legged, uninvited house guests? Then the Katcha Bug Humane Bug Catcher is for you! Simply place Katcha Bug over the bug and slowly slide its plastic trapdoor shut. The bug will step onto the trapdoor as it closes, and you can carry Katcha Bug outside, where all you need to do is slide the trap door open, allowing the bug to walk away. You’ll have no problem catching even large spiders with this handy gadget. Katcha Bug measures 9 inches in length, so you won’t have to get too close for comfort.” [From PETA’s website, for only $8!, click on the pic to go to PETA’s website]

Certainly God made bugs, like flies, even cockroaches. But seriously… I think we should send the president a fly swatter!