Alex Doriot and I are reading the book, Adventures in Missing the Point. It is written by Brian McLaren and Tony Campolo. The authors take turns writing the chapters, but at the end of each chapter the other writer gives a critique. It is a great style for a book with this title, because right away Brian gets to hear from Tony (or visa versa) on how he missed the point! And I love it because, honestly, this is exactly what I want to do after reading a book—show how they missed the point (since I have ALL the answers!).

In the first chapter I agreed with Brian McLaren’s thoughts on salvation. So when Tony began writing I was definitely knocked back… He said two things that stuck out:

1. “… sophisticated people, to whom Satan may be more of caricature than a reality.”

I believe in the Devil and yet I rarely consider him in day to day life. As Screwtape writes to Wormwood, “Our policy, for the moment, is to conceal ourselves” (Screwtape Letters #7, CS Lewis, a fictional series of advice letters sent from one demon to another). I have taken the devil’s policy, hook, line, and sinker. I never consider the devil roaming to destroy, instead I play with the idea of chance or humanity’s evil or… I am not sure how the knowledge of Satan should change my faith, but I am sure it is mistake to never consider the enemy. Especially when it comes to those who want to destroy the kingdom of God!

2. “the fear of death permeates the consciousness and is at the root of phobias that can render us psychologically dysfunctional.” 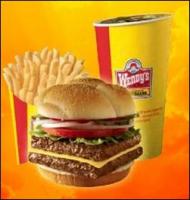 This morning a man came into the office and asked for a ride to the Goodwill Job Center on Peach Orchard. I must say my first reaction was to think, I do not have time for this, I have sooo much to do—like finishing this amazing newsletter … But as I grabbed my jacket and headed out the door Elizabeth said, “BE careful.” To which I laughed and said, “If I don’t make it back, tell Megan I love her.” Then, as I met the gentlemen, Wanda ordered him to “take care of this minister”—as though he meant me bodily harm. “Wanda, he just needs a ride across town.” So we left and as we drove we talked about life. I bought him lunch and as I dropped him off … I admit there was a point where I wondered if the ladies were right, but he smiled and thanked me. Then I prayed that God would provide for him.

How often are we driven by fear. How often do we not do good because, well, this person might be evil. And there are evil people, but how much of the world could be righted if Christians would just follow the example of Christ. After all, as Tony Campolo writes, “in Christ Jesus death itself has lost its sting.”

So what are we afraid of…