Sorry this is coming late, I was honestly too tired to post Thursday night after the park… 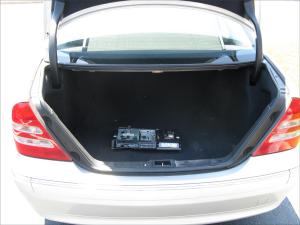 Keith and I were out doing hospital visits, like every Friday, but this week we had to go to Eisenhower at Fort Gordon. This meant we had to go through military security. As we approached they singled out our car and had us pull over. We got out and the MPs began to search the car and check our drivers licenses. Everything was moving quickly until they popped the truck and found a strange electronic device… the next thing Keith and I knew we were handcuffed on the ground with the barks of approaching dogs… ok I am kidding. I suppose they believed Keith’s apology about a broken Bose CD player, because after a bunch of questions they let us pass. Still in a post 9-11 world I was surprised by their trust. 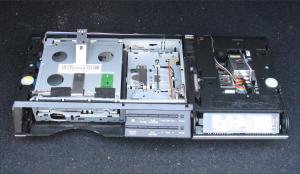 Soldiers again trust the suspicious in the story of Rahab (both the spies and the guards of Jericho). This time it is not a couple ministers with a “bomb”, but a prostitute (Joshua 2:1-21; 6:22-25). Her lifestyle is terrible, not only in the eyes of God, but in all of society there are few lower. Still, when given the opportunity she places her faith in God. She risks everything and because of that she was remembered. But more, because of her trust from her lineage came Jesus-check out Matthew 1:5! No matter what has come before, God will bless the one who trusts Him. A blessing greater and farther reaching than we can imagine!

¤ Why did the soldiers trust Rahab? (both the spies and the city guards)?… Do people trust you?…

¤ Rahab took a big risk. Do you trust God enough to risk everything?

¤ God used Rahab to save the people and through her created Jesus! We have already looked at our past, but how does it make you feel to know God forgives and He will use you to do GREAT things?

“There are forces at work in this world Frodo besides the will of evil.” ~ Gandalf

As a little boy I always dreamed of adventures. I would become the knight to fight the dragon or the pilot blazing across the sky or the Jedi with a glowing light saber… I assumed my life would be an epic tale, something for people to discuss as they ate s’mores around the campfire. Of course reality has proven to be a little different than my imagination. I have yet to save society from a crashing meteor and I am not even sure how I would use a light saber, except maybe to warm up my coffee. Still, as I came out of the theater from watching Prince Caspian I wished the world was so cut and dry. I would love to simply draw a sword to fight the powers of evil. Because the world is in disarray and in need of a hero. Yet swords will not bring solutions to evil’s bold march.

Evil is bold. It is on every television show and news broadcast, but it is not the only force at work. The force of good is marching to battle. Of course it is not as bold or attention grabbing (which makes sense that evil would seek fame, while good is meek). And it is this march which we must join. But to step in line we must have faith. We must believe the life of Christ has and will change the world. We must believe if we live like Him evil will be overcome. We can not hold on to this life, but must fully give ourselves to the cause. In this we will find the epic life of faith.

¤ When you were little what were your dreams? Do you still think those dreams are possible?…

¤ What are some of the problems facing the world? How can they be fixed?…

¤ What would change in your life if you followed the path of Jesus?… How would that impact the world?

If you wondered why Keith did not call you back…

Ivy loved the rides! She would cry nearly everytime they were over… “more ride”!

Ivy was the only one who could talk Keith into going on a ride!

What the adults wish we were doing! 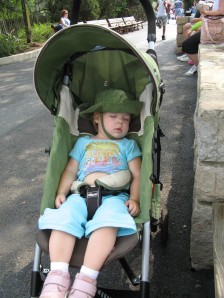 You may have to enlarge it, but the cresent moon is glowing right in the middle of the coaster. 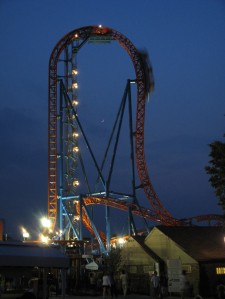 In Prince Caspian when Lucy comes to Aslan there is this realization if she had come when she first saw Him things would be different. Instead she had stayed with the group and they were defeated in battle…

Though our daily life appears ordinary and our actions seem insignificant we are involved in the epic struggle. If we have faith, if we believe enough in His promises to take action, we will find we have made a great difference. Our sight tells us our actions are not a big deal, when we grow up we can worry about following Jesus. But if we walk by faith we will find the battle is raging and we are the ones called to change the world. We are the ones called to be heroes! And if we are faithful we will join those listed in Hebrews-commended by God!

Please come and join us for the home concert this Sunday night at 6:30!